Israeli-based wireless backhaul equipment and network developer Ceragon Networks Ltd. is buying Norwegian company Nera Networks for about $48.5 million. Nera is a manufacturer of microwave radio systems. The company is one of three business units of Eltek ASA, which is selling the company to Ceragon. Nera Networks has a global customer base, including several Tier One operators in Europe, Latin America and .
Following today's closing of the transaction, both companies' assets and core competencies will be combined into a single integrated organization, product family and customer base.
Ceragon, led by CEO Ira Palti, said that the transaction accelerates its strategic plans, as the combination of the two companies achieves immediate scale and reach to enable Ceragon to successfully and fully capitalize on global opportunities. Nera's operations in Latin America and Africa complement Ceragon's position in Europe, Asia and .
The acquisition will be funded through a combination of cash on hand and approximately $35 million of bank debt. The transaction is expected to be accretive on a quarterly basis by the end of 2011. Ceragon is targeting a combined operating model for 2012 with gross margins similar to its current level, and operating profit of 10% based on a quarterly combined run rate revenue of about $150 million.
According to previous forecasts supplied by Ceragon, it should report growth of 35% for 2010, to revenue of $250 million. With the contribution of Nera, Ceragon expects quarterly revenue of $150 million, or $600 million for the year. At that level of revenue, Ceragon expects to maintain gross profitability at 35%, and to reach operating profitability of 10%, compared with a current 7.5% on a non-GAAP basis.
This will not be a simple task, given that Nera is a loss-making company. In the first three quarters of 2010, it had revenue of $177 million, and lost $14.5 million.
"Nera is a loss-making company with a low gross profit margin (about 22%), which is part of the reason that the price for it is low," Palti explains. However, according to him, Nera is an easy company to turn around.
"2011 will be a transition year, and towards the end of the year, the acquisition will contribute to profits," Palti says. At any event, he stresses, even before Nera contributes, Ceragon will remain a profitable company.
Ceragon currently employs about 700 people, 200 of them in . They will be joined by Nera's 800 employees.
"There are synergies, and we will have to make decisions about overlapping activities, but that isn’t the name of the game here," Palti says. According to him, the overlap between the two companies is not great. "Therefore," he says, "we will be able to run forward. The acquisition will enable us to grow in market share, to boost our presence in many places in the world, and provide better solutions."
at February 14, 2011

Excellent post and wonderful blog, I really like this type of interesting articles keep it u.
Toshiba Laptops

Truecaller has introduced a new call recording feature for its Android users globally. The company says the feature will help users in r... 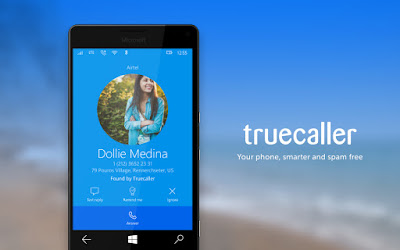